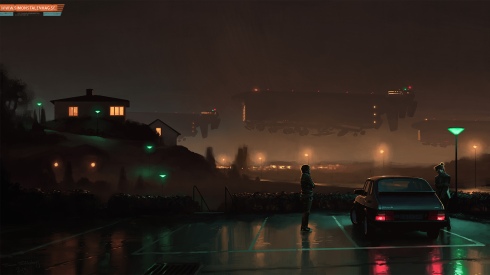 END_OF_DOCUMENT_TOKEN_TO_BE_REPLACED

It’s getting to that time of year again

. The time when people all around the world abandon all semblance of reason and common sense and decided that it’d be a thoroughly great idea to lock themselves away for a month and write an entire book. 50, 000 words in 30 days. An average of 1666.67 words a day for a while month. It’s something that I recommend that everyone tries at least once, just to see if they can. I tried it last year and managed to “win” with a whole 6 days left to spare. It made me feel like a god, albeit a fairly minor one with a very, very narrow divine portfolio. It also left me exhausted and wanting to hide under a rock and cry for a bit.  It was one of those experiences. And then a year rolled round and I found myself looking at an on rushing November and having to make a choice. To NaNoWriMo, or Not the NaNoWrimo.

END_OF_DOCUMENT_TOKEN_TO_BE_REPLACED

Thus ends the turbulent non-month that is November. A great many things have happened this month, most of them perpetrated by fools. Be it the mustachioed madness of Movember, where hordes of hapless men grow their itchy face hair because suddenly prostate cancer is cool. Or alternatively the insanely optimistic troops of NaNoWriMo and their slog to an arbitrarily defined target.

I was one of these fools. I chose NaNoWriMo because it provided a challenge, it was productive, artsy, enriching and also because I can’t really grow a moustache. (I “won” in the end. I was very happy.) But despite all the hectic dashing about and the hurly-burly of this, that and the other, Pictonauts was still rumbling away in the background. Not the rumble of a mighty volcano fit to shower the surrounding locales with hot, steamy lava. More the rumbling of an empty tummy, or slightly cross cat. END_OF_DOCUMENT_TOKEN_TO_BE_REPLACED

This will be my last post on the topic of NaNoWriMo for this year, as last night, when the sun had gone to bed and the fingers of frost were clawing at my window I did what I had long thought impossible. I finished.

Well I say finished. More accurately I passed the 50,000 word mark. The titanic wordascope that I have been plugging away at all November is by no means ‘finished’. Those fifty thousand words in their extant form consist of a prologue, chapters 1 to 10 and the finishing chapter, number 29. Nineteen chapters that were planned sit in an unwritten limbo. I have a beginning, I have an end, but the middle? That’s not even started yet. END_OF_DOCUMENT_TOKEN_TO_BE_REPLACED 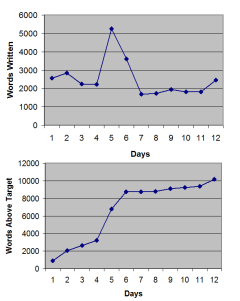 of a difference a week makes. What had been a fairly mundane demand of 1667 words a day has now become an uphill struggle, a real slog through a treacley sea of shitty words.

I’m still on the NaNo wagon for now, but how much longer I can hang on I’m not entirely sure. I’d say I’m getting pretty close to burn out. Which would be slightly frustrating, especially with about 31,500 words under my belt. I thought at passing 25k I was over the hump and it’d be a nice downhill slope to the finish line. Nope, turns out it was just a slight flattening before another big hill. Arse.

END_OF_DOCUMENT_TOKEN_TO_BE_REPLACED

Tuesday saw the start of my first attempt at NaNoWriMo. I have now been slogging away at it for almost five days. I’m honestly not entirely sure who I am any more, nor what I have become. I have a strange nagging feeling that there is something akin to unholy witchcraft about the entire concept of NaNoWriMo. There’s no pressure to perform, no real demands, only a vague nebulous challenge of “oh go on, just see if you can hit 50,000 words by the end of this month. If you can’t do it that no one’s going to think less of you. We’re all friends here.” It’s insidious and sneaky. I just simply cannot stop writing. It’s an urge that’s gotten under my skin, it’s a contagious disease spreading across the blogosphere and the internet. There is no cure, there is only success or failure.

END_OF_DOCUMENT_TOKEN_TO_BE_REPLACED

The Rogue Verbumancer
Create a free website or blog at WordPress.com.