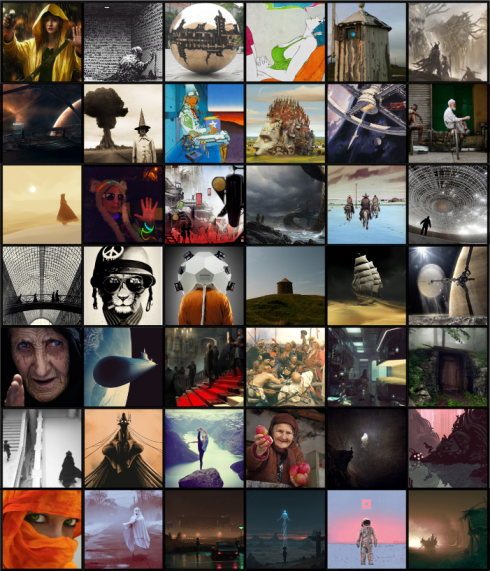 END_OF_DOCUMENT_TOKEN_TO_BE_REPLACED

As you may have gathered, I have been on holiday recently. I am usually content to spend my holidays in my flat, windows shut and curtains closed and desperately pretending that the world outside my door doesn’t exist and revealing in solitude. It’s an introvert’s favourite holiday. No hassle, no travel, no fuss and most importantly of all: no people. But sometimes even a wannabe hermit like myself needs to get out and go on something approaching a proper holiday. To get away to somewhere else, a place that is new, different and entirely not here. So I squeezed myself into the back of a friend’s car like something resembling a flat-pack man-shapped thing and off we pootled to Devon. For the next week myself and some 24 others stayed in grand stately home. We’d rented out the entire thing. We then promptly used its vast amount of table and floor space to play games. Swallowed by the countryside and lost in the rural hinterlands of England, there was no phone signal, no mobile internet, there were only games and relaxation. 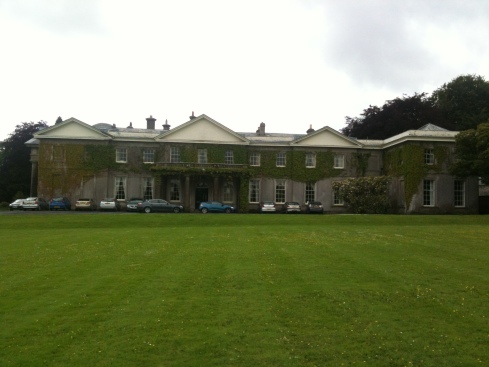 END_OF_DOCUMENT_TOKEN_TO_BE_REPLACED

Way back in the mists of time, in the dark and gloomy days of March 2011, I foolishly went and had an idea. I then expanded upon this foolishness by not keeping quiet about aforementioned idea. People got excited, perhaps irrationally so and it fell to me to birth this idea into the world; to drag it kicking and screaming from the fevered recesses of my mind. Agreeing to this was the shit cherry on a cake made entirely of shit and iced with a thick, viscous layer of finest shit. I am utterly incapable of organising myself much less anyone else. I had no idea what I was doing and seemed a little unwilling to let anyone else really help. The cocktail of my ineptitude and a liberal showering of other events meant that the idea and the project died shortly after it began. But some things refuse to stay dead. Some things rise from their graves or smash their way out of their tombs and shuffle, scream or soar their way back into the world. This was one such thing.

END_OF_DOCUMENT_TOKEN_TO_BE_REPLACED

Every morning for the last seven months I have left my diminutive one bedroom flat at 7:30 sharp and made my way from the raggedy edged border between town and countryside towards the small parochial and bucolic local station. It’s the sort with a big white station house that, despite the crudely tacked on billboards adverts for taxi companies, clearly belongs in another century. Then I wait on the tarmaced platform waiting for a flat-nosed, lumbering blue and pink behemoth to take me to work. It is a titanic 5 minute journey, for the privilege of this I pay about £55 every month. It is a sorry state of affairs, for as I have mentioned many times in the past: I fucking hate trains. The idea of trains? Sure, fine, they’re brilliant. Actually using them? Fuck off, just fuck right off.

But soon this is all about to change. For this weekend I did something outlandish. Something so utterly out of character for me that both my mother and my brother are wondering whether I have been replaced by a government-cyborg/doppelgänger/alien-clone/sinister-otherworldly-similacrum (delete as appropriate.)

This weekend I bought another means of getting to work every morning.

I bought another mode of transportation.

I bought a bicycle. 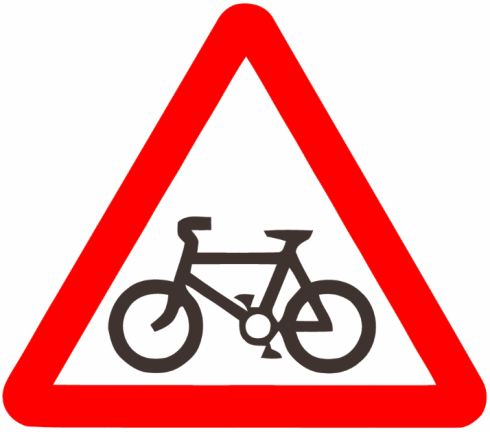 END_OF_DOCUMENT_TOKEN_TO_BE_REPLACED

There are two things which I am notoriously bad at. These things are time management and concentration. Also I’m pretty bad at spelling, social interaction, domestic cleanliness and human emotion. But for the sake of argument let’s ignore those and stick with the first two. Anyway… I find it incredibly difficult to pay attention to more than one thing at once. I seem to be more or less functionally incapable of listening at the same time I’m reading or writing at the same time I’m listening, or any varied composite mixture of similar things. Basically I can’t really do more than one thing at once, and with my simply dire ability to manage my time I generally don’t have a great amount of time to do a lot of things. For this reason I’ve generally shied away from podcasts. They always got put on the back burner, things to look at later, a thing for a tomorrow never to arrive. As time has gone by I’ve been more and more inclined to give them an even wider berth, for the world of podcasts is world that is to me a strange and unknowable place that operates by rules and laws i have not the nous to fathom nor the patience to decipher. That was until now.

Earlier this week a friend of mine was waxing lyrical about something he had been listening to. I was beguiled by a sliver thin glimpse into a world to which I had never ventured before. I was lost the very moment a smooth, rich baritone voice uttered the words “Welcome to Night Vale.”

END_OF_DOCUMENT_TOKEN_TO_BE_REPLACED

The Fear is Dead

Last week saw me more or less soiling myself with abject artistic terror. I’d just started a new project and was somewhat concerned as to what its reception would be. This fear however seems to have been largely unfounded. The fear is dead. I killed it. My hands are slicked with its horror-blood, my shirt stained with its nightmare-fluids and my boots caked with lumps of its panic-offal. So yeah. That’s a weight off my mind. 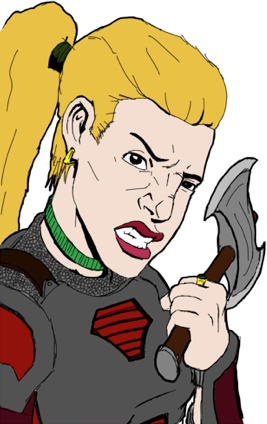 END_OF_DOCUMENT_TOKEN_TO_BE_REPLACED

Leave a comment   |  tags: Choose Your Own Adventure, Jala, Ramblings, The Fear, The Fear is Dead, The Working Barbarian, Writing | posted in Ramblings

Right now my anxiety is making a noise. it’s a high-pitched whining sound that could, if properly channelled, slice through steel. I could, if I were so inclined, stretch out this metaphor beyond the limits of its tensile strength. I could draw comparisons between the aforementioned steel and reason. I could even go on to the attribute the alloying elements contained within to a myriad of different emotional qualities and or foibles. But the anxiety has robbed me of much of my desire to sit down and have a real and proper think about things and/or stuff. I think it’s safe to say that I am now deep within the grip of “The Fear.“

But what, you might be wondering, is the source of The Fear. That is a question I for once have an answer to, though I’m not sure if knowing the source makes this any better than the occasional nameless feeling of dread that cloaks my addled brain. The source is simple. At approximately the same time as this post hits the seething cauldron of words that is the internet, my latest writing project starts. Today is the day that The Life and Times of a Working Barbarian goes live. 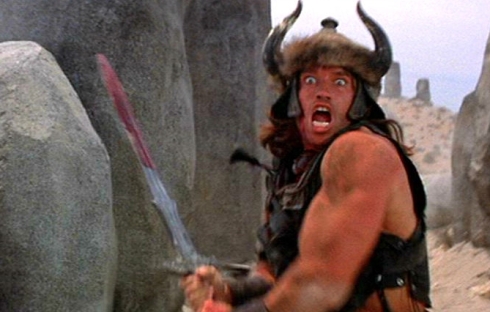 I have made a grave tactical error…

END_OF_DOCUMENT_TOKEN_TO_BE_REPLACED

I spent this weekend in the wilds of deepest, darkest Essex. A place which I like to think of as more or less perfectly fitting the bill of the anti-north. I was renewing acquaintances with an old friend of mine. There had been a forecast of snow, but when Saturday morning finally rolled around I did not expect to find it lying so thick and heavy. All plans to go or to do were abandoned as we found ourselves housebound. Not so much due to an inability to leave the house, but through the plain common sense that perhaps driving anywhere that day might not actually be very near the top of a list titled “Clever Things To Do.” Gravitating to the kitchen, as all right-thinking folk do, we quickly found ourselves embroiled in a tale of high adventure, with epic quests and feats of daring do as we set out the reshape the world with our deeds. 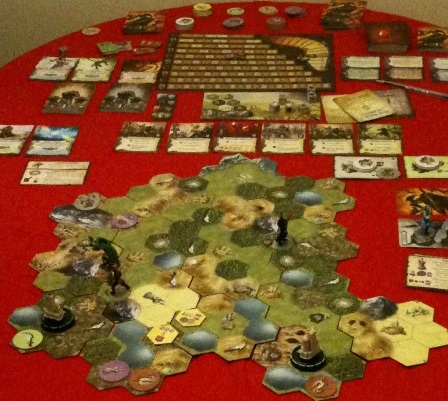 Behold! The Hinterlands of the Atlantean Kingdoms

END_OF_DOCUMENT_TOKEN_TO_BE_REPLACED

Sometimes I honestly have no idea what to blog about. And today is one of those days. How I’ve kept this up for nearly two years boggles the mind. So here I am sitting in my lounge, the gloom of a British spring slowly darkening the skies and I am at a loss as to what to type. In order for there to be something to blog about I generally have to be doing something that could by considered “interesting” or at the very least, be the tangential spin-off from some writing that I’ve been doing. And recently? Well I’ve been doing precious little of either recently

So with little else to say I will tell you what I did this weekend. I bought milk. 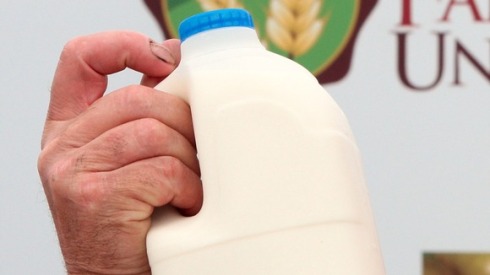 I bought the fridge some milk. Fridges love milk.

END_OF_DOCUMENT_TOKEN_TO_BE_REPLACED

All good things must come to an end. In the time since that idiom was first coined, whole nations have risen and entire empires have fallen. And yet, despite all that has gone before, I like many others did not listen. I was seduced by the possibility that things could only ever go up, could only get bigger, that there was no downward slope. But I have paid for my hubris, now I know all too well that the possibility of infinite growth within the confines of a finite system is a quaint illusion. To believe otherwise is folly.

Since I started this blog I have been enthralled by its statistics, the bar-charts, the numbers, the global demographics. As months went by I saw those bars grow and grow. At the end of 2012 I hit an all time record of 1608 hits in a single month. Then it all started to go downhill… 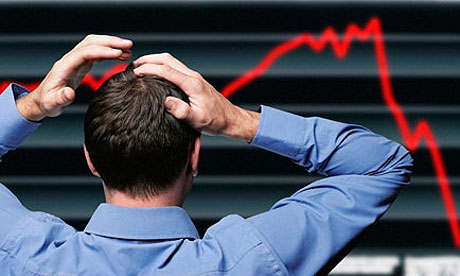