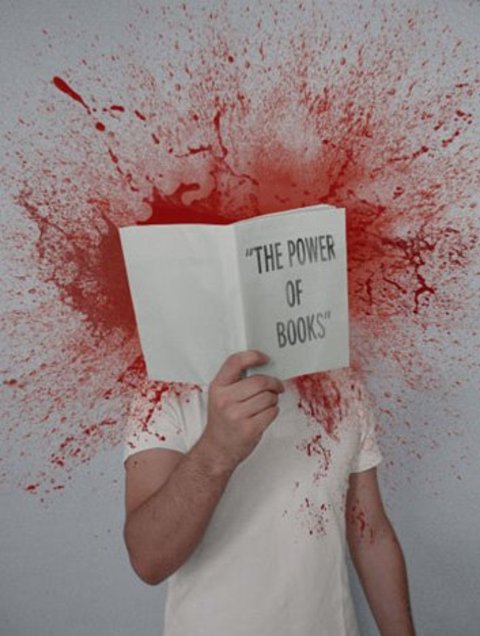 Tuesday saw the start of my first attempt at NaNoWriMo. I have now been slogging away at it for almost five days. I’m honestly not entirely sure who I am any more, nor what I have become. I have a strange nagging feeling that there is something akin to unholy witchcraft about the entire concept of NaNoWriMo. There’s no pressure to perform, no real demands, only a vague nebulous challenge of “oh go on, just see if you can hit 50,000 words by the end of this month. If you can’t do it that no one’s going to think less of you. We’re all friends here.” It’s insidious and sneaky. I just simply cannot stop writing. It’s an urge that’s gotten under my skin, it’s a contagious disease spreading across the blogosphere and the internet. There is no cure, there is only success or failure.

I first approached NaNoWriMo with the devil-may-care attitude of “well, I may as well just give it a go. It can’t be too hard and if it is, well sod it.” I planned to punt out the 1,667 required words in a casual and relaxed fashion every night after work, perhaps while drinking a fine (yet metaphorical) Merlot. I planned to take it slow and easy. I have since found the truth of the saying “no plan survives contact with the enemy.”

This blog post comes to you after a frenzied morning and afternoon of writing on the first full day I have had solely to write. Less than 10 minutes ago (at the time of writing at least) I rolled past 15,000 words. Did you see that. FIFTEEN. THOUSAND. That’s a 1 and a 5 followed by three zeros. This now makes High Noon in Outer Space the longest thing I have ever written. The previous, not insubstantial record of just over 14,000 has stood for nearly seven years and took an entire summer. I have destroyed that in less than five days. Five days… None of it really makes sense to me any more, I’m lost in a swirling sea of words. The NaNoWriMo website tells me I’m averaging 3,005 a day and have written 3,822 today alone. I’m so very, very confused and so very, very tired. The writing is leaving me drained and tired. The question is no longer whether I can beat the daily word count of 1,667. That target has been left bloodied and pulped in a back alley somewhere a gruesome warning to any and all who may stumble across it. No, the worry is now how long I can keep this up for. How long I can keep doing this to myself. I feel like I’m pouring myself onto a page, that the story is taking bits of me away piecemeal. Every night this week I’ve gone to bed feeling like my head is about to explode. And should it explode it wouldn’t be blood and brains going everywhere, it’d be words. The tiny little writing gnome in my head is weeping into his little brass keyboard and hammering on the walls of my skull begging me to stop. But he shall have no such respite from I. What began as a dipping of the toe into a cold sea of verbiage has become a full on charge into the maw of the hungry dragon of fiction. It is becoming an obsession. A war in which words are my weapons. Today on twitter I proclaimed that I was in fact a metaphor. I’m backing everything up on two hard drives and a flash drive. I will not allow a freak technological event to impede my progress.

As for the story itself, it is rapidly running away from me and taking on a life of its own. The outline I prepared in late October has proven to be extremely useful in pointing me in the direction I should be taking, all I have to worry about is getting the words out. But chapters which I had originally thought I might struggle to write 1,667 words about are now sprawling behemoths running into the territory of three to four thousand. I’ve almost abandoned all hope of actually finishing  the story by the end of November, by my rough calculations it is now likely to wrap up at maybe around 80,000 if current trends hold true. The 15,000 mark has only just seen the mid-point of chapter 3. 3 of 29.

In my paranoia before the start of NaNoWriMo I had prepared two sneaky ways to bolster my word count, as I genuinely thought I would struggle. These sneaky methods were the chapter titles. Naming 29 chapters would eventually add up to perhaps a hundred or so words and every little helps. The next was the chapter introductions. Thus far every chapter (prologue aside) has begun with a quote from a historical figure. Well I say quote… At the end of October I prepared a list of thirty or so names of historical figures and people I just plain made up (they’re future historic figures I swear!) and decided that I would deliberately and wilfully misquote them whenever I started a chapter. The quotes have no real bearing on the story. I just thought that it’d be funny, a nice little touch to a story about badly caricatured historic figures fighting evil space Nazis. As well as providing a welcome humours interlude between the story itself. Despite the ridiculous nature of the plot in general I am taking it far too seriously, I’m writing it as if it were a serious adventure/thriller and not a daft parody. It is so filled with dry humour that you could call it dessicated.

I’m reluctant to share any specific passages from the story itself, not through fear that someone will knick them (although they totally would, that’s some bad ass writing I’ve got there). But in case it gives anything away plot wise or distorts the views of anyone who may at a later date read it. It also allows me to change and tweak things and pretend that it was always supposed to be like that. In lieu of such passages I have instead elected to share the aforementioned historical misquotes.

“Trust not in those of a mercenary nature. I have found them to be, in my professional opinion, proper cunts”

“Oh and fuck the Pope too!”

“Right, right, okay. So a Phoenician, a Spartan and a Persian walk into a bar…”

Chapter 3 – There Goes the Neighbourhood

“And thus did the Hermit sayeth unto the blind man ‘you cannot always get what you want, but sometimes, you may be fortunate enough to find, that you get that which you need’ and as he heard the words, the blind man knew it to be the truth”

I have also learned that I shouldn’t drink coffee. It actually makes me feel quite ill.

A chemistry graduate consumed by the demons of apathy and disinterest. Likes tea and cheese. Sleeps less than he should. END_OF_DOCUMENT_TOKEN_TO_BE_REPLACED
This entry was posted on Saturday, November 5th, 2011 at 6:41 pm and tagged with High Noon in Outer Space, Misquotes, NaNoWriMo, Ramblings, Writing and posted in Ramblings, Writing. You can follow any responses to this entry through the RSS 2.0 feed.
« November’s Pictonaut Challenge
Onslaught II: The Soul Crushing Apathy »