Well here we are then. This Friday the blog turns one. I’m not entirely sure how that happened. I started out on my journey into the seething maelstrom of the blogosphere with no destination in mind, no plan, no back-up, no ideas worth a damn. I left myself at the mercy of whatever fevered and diseased thoughts popped into my head, flying my blog airship by the seat of my mind-pants. Because my mind does indeed have pants, for it is a decent and upstanding mind that does not believe in gross public mental-nudity. Over the year the blog’s evolved from a rudderless catastrophe to a blog where I talk about writing and share what I create as I vainly try to make my way into a world saturated by a million other wannabes. The blog is still a catastrophe, but it is, at least, a directed and focused catastrophe.

I honestly didn’t think I’d make it as far as I did. I thought I’d try my very bestest the churn out a post a week, on something, anything. I expected to make it a couple of months before losing patience and motivation; the blog-ship would start to list dangerously, it’d start to lose lift and I’d start sinking through the foetid clouds like a big, fat stone made of cloth and iron. Finally crash landing in the great blog-graveyard beneath the swirling mists of words, the place where the discarded shells of old blogs lie strewn across the landscape, their corpsey husks half buried in toxic, black mud. This didn’t happen. I’m still going, fifty-seven posts and I’m still going. Sure, there was a blip in July but I was moving house and had no internet. As soon as I had internet I fixed that, I kept going. And I sure as hell don’t plan on stopping. 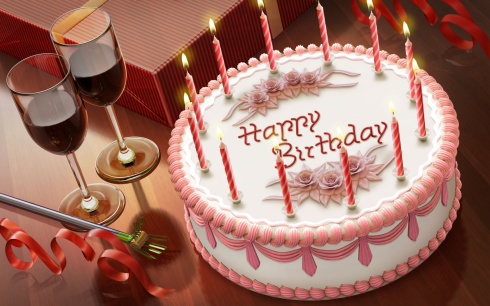 I’m still astounded by how well things seem to have gone. I’ve clocked up some three and a half thousand hits since last February, so I’ve been averaging about nine and a bit hits a day. I think this is pretty okay. How many of these hits were real people is a matter for debate. Sure, I know of blogs who started up months and month after mine and are already racing their way towards frankly obscene hit totals. How do I react to this? Well, it’s not as if I’ve done a great deal of self-promotion, I’m a little too humble and self-conscious for that. Also these blogs are clearly utilising some sort of witchcraft, it is the only logical explanation.

I would like to take some time to thank a few people who’ve made my blog-exploits a success and considerably more enjoyable. I want to thank Ali over at 12 books for her mass of retweets and participation in Pictonauts; Andrew of Far too Snug also for retweets and participation, and for being ridiculous and irreverent about everything; Katy of Story Telling Nomad for being friendly and taking the time to comment; Sam of The FarFlung Sofa for just being Sam and all the wonders that entails; and finally the mighty Sir Marc of the Noble Order of Jolt from Attempt not to Vomit, I thank him for being witty and for taking the time to read my work. You, however, shouldn’t thank him, as this blog is ultimately, entirely his fault.

I leave you with some highlights of the year so far, perhaps they’re not the best of my posts, but they are the one’s that really stick in my memory as big brain flags of “Oh man John, you remember the time you wrote that? Man, that shit was wild.”

To Blog or not to Blog – Where it all began.

The Voices Inside my Head – Where I talk about the personification of my inner writer.

The Funk – Where I struggle with writer’s block.

Knockout – Perhaps my favourite short story of the year. A tale of interstellar war and boxing.

The Arte and Science of Terror – Where I talk about my issues with the horror genre.

A not so Mystical Journey – A prelude to my annual pilgrimage to my parents’ house for Christmas.

Seconds Out – Where I wrote a poem. A poem! Man, that shit was whack!

Now let’s see if I can keep going for another year.

A chemistry graduate consumed by the demons of apathy and disinterest. Likes tea and cheese. Sleeps less than he should. END_OF_DOCUMENT_TOKEN_TO_BE_REPLACED
This entry was posted on Monday, February 20th, 2012 at 12:21 pm and tagged with Birthday, Blog, Bon Anniversaire, Highlights, Ramblings, Thanks and posted in Ramblings. You can follow any responses to this entry through the RSS 2.0 feed.
« New Tools, New Beginnings
Faces in the Woods »