I am going to make a meandering and circuitous route towards a point, so please bear with me.

This, in many ways, is a week that a small part of me thought that I would never see. Way back in the mists of time when I was still in high school, before even my GCSEs I was a very different person to what I am today. That person is very much a stranger. Admittedly we share similar traits and predispositions, but the similarity is that of freshly hewn marble and a finished sculpture. In these less than halcyon days one of my now tragically estranged friends made a prediction, an eerie prophecy that has rung down through the years. I suspect it was made in jest, a throw away comment, but it’s niggled at the back of my mind for an awfully long time.

“By the time you’re 25, you’ll either be dead or sectioned”

For years I used this pronouncement of my inevitable doom as funny little anecdote when talking to people in the pub. Normally people who still lingered in that awkward purgatory of “not being complete strangers but not yet friends.” We all laughed, fun and merriment was had by all. Then I turned 25 and suddenly it wasn’t quite so funny. 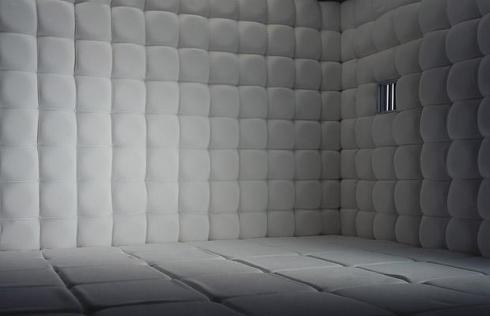 For the last year I have worried in silence, I mean, what if they were right? It was not, after all, the best of years. A fairly tedious job swung dangerously towards a thankless dead-end. The hours got longer, I was spending more and more time stuck at work late simply because there was too much to do. Not even having time to nab a cup of tea in the afternoon. Stress spiked, I never got a good night’s sleep, I lost my appetite and was in a near permanent state of fatigue, wandering through the world as a distant passenger to everything that happened around me. I grew to loathe the people I worked with, (well except Work Dave, he’s a stand up bloke. And Work Simon too, primarily because I never saw him) and began a silent campaign of passive-aggressive warfare. Although I never showed it outwardly to those I call “friends” I was an absolute wreck. It was easy to see how I might just cash in my chips at the casino of life and quit while I was ahead. Whether physically or mentally I thankfully never had to find out. I got a new job, moved south, I started sleeping again, my appetite returned in short order. Things started to look rosy. Now there was just the fear of being arbitrarily singled out for a stabbing. Something which was really driven home when a drunk man tried to punch me in the face while I was walking home from work a few weeks back. Then this week rolled round and I found myself to be 26 and still alive and my mental faculties more or less functioning within their standard parameters. I’m going to call that a win.

This is a time of new beginnings, of looking forward and moving on with life. Perhaps I might one day, hopefully in the not too distant future, “get my shit together.” In the spirit of this all round newness and fresholity (it is a totally legitimate word) I started using Scrivener. Remember that point I was trying to make? The one I mentioned about five hundred words ago? This is it. All that stuff above? That’s really just a flavour piece; something I wanted to get off my chest. A bit of a space filler too I suppose. Feel free to ignore it. Anyway…

When I finished NaNoWriMo way back at the start of December I had a discount code thrown at me for my efforts. “50% off Scrivener”

it said. That dropped the price to something like £13, or near enough that makes no difference. Even a fairly uncommunicative internet hermit like myself has heard writers going on about how amazing Scrivener is. So I thought I’d buy it and give it a whirl. Until recently I hadn’t actually gotten to playing about with it properly. Even now I’ve only explored what I’d say are the most basic of its myriad of bells and whistles. I’m still a little bewildered by the change. I’ve used MS word for years, I know where everything is, I don’t need to spend much time working out how to do anything. Even the change of interface between the 2003 to 2007 iterations didn’t prove too much of a challenge. Scrivener is however an entirely different ball game, played on a strange and irregularly shaped pitch, with rules that are not readily decipherable. Thankfully a little tutorial is included, which is nice. There is one feature that I am quite in love with: The Binder. For those who have yet to try Scrivener, The Binder is a little strip down the left hand side of the screen that effectively allows you to split chapters, scenes and more or less everything else into nice, neat, easy to navigate sections. It is a godsend. Previously I’ve had whole folders dedicated to each little project I’ve been working on. Chapters split into separate word files, nested folders for different sections, scrappy text files for quote snippets and ideas, reference pictures dropped slap dash hither and thither. Despite my best efforts, it was less than neat and less than organised. And should I need to look at another chapter I’d have to open it up and wait for my computer to decide to actually respond to my request, and in the rare instances it was all in one combined document there was the problem of actually finding what I was looking for.  It was a bit of a nightmare. But now? It’s all contained in one file, easy to access, easy to skim through, all neat, all tidy. Above all else it is convenient. Now I just need to work out how to change the default font of all my new documents to Garamond. I like Garamond.

A chemistry graduate consumed by the demons of apathy and disinterest. Likes tea and cheese. Sleeps less than he should. END_OF_DOCUMENT_TOKEN_TO_BE_REPLACED
This entry was posted on Monday, February 13th, 2012 at 12:15 pm and tagged with Birthdays, new beginnings, New Tools, Prophecies, Scrivener, Writing and posted in Ramblings. You can follow any responses to this entry through the RSS 2.0 feed.
« Seconds Out
Bon Anniversaire »