You never realise how much you’ll miss something until it is gone. Something which had previously been mundane and common place leaves a yawning void. I have been recently betrayed by my keyboard. In that, the letter “c” has completely ceased to function. Now I’m in the purgatory of a depleted alphabet until such time that I get round to buying a replacement. But of course it can’t replace it with any old keyboard. Oh no, it will have to be the same model as the one I’m currently using. A model which is plagued with the inherent problem of letters ceasing to work. In the case of the keyboard before my currently one it was the cluster of “b, n and m” that stopped working. Why do I remain so faithful to this fundamentally flawed lump of technology? It’s because after using this type of keyboard, with its ever so slight curved arrangement of the letters, since 2005 I find it extremely inconvenient and discomforting to use anything else. This was the keyboard on which I taught myself to touch type, I know where the keys are, I can feel every tiny, little nuance it has and I so love  the distinct clack of the keys, when the fury of the writing is upon me it sounds like the bastard child of a thunder-storm and galloping hooves. But in the interim I must make do. 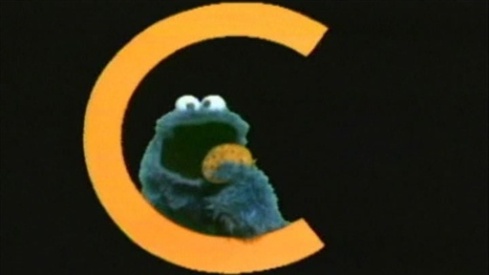 You might perhaps be wondering “Mister Rogue Verbumancer, sir? You say that the letter c has ceased to function but in this sentence alone there are four whole occurrences of it! No wait, actually there’s seven, no wait, eight.” Well whenever I want to type the letter c that has so deserted me I have to hammer ctrl+v, having previously copied the letter using mouse or menu. It’s quite vexing not being able to ctrl+c. it’s a thing wired into the muscle memory of nearly everyone who uses a computer and I can’t use it now. My heart bleeds and the things I must suffer with, the burdens I must carry and the trails I must face.

The absence of the letter c has however brought to me a new-found appreciation of the structure of words. I’ve found myself occasionally trying to minimise my usage of words which contain this benighted letter. So much so that when using the twitter on my phone I keep being pleasantly surprised by the realisation of “Hey! The c actually works on here!” The technical term for this sort of tom-foolery is apparently a lipogram something that rose to prominence with Ernest Vincent Wright’s novel Gadsby, a novel which in its fifty or so thousand words sees not a single use of the letter “e.” My experience with lipograms in small, self-contained messages of 140 characters with a letter of fairly average occurrence pales in comparison to the achievement of avoiding the use of the single most common letter, and a vowel no less! I shan’t be trying to replicate such a feat, but it certainly is food for thought.

A chemistry graduate consumed by the demons of apathy and disinterest. Likes tea and cheese. Sleeps less than he should. END_OF_DOCUMENT_TOKEN_TO_BE_REPLACED
This entry was posted on Monday, January 9th, 2012 at 12:17 pm and tagged with copy-paste, keyboards, Lipograms, Ramblings, The letter c and posted in Ramblings. You can follow any responses to this entry through the RSS 2.0 feed.
« January’s Pictonaut Challenge
Things in the Post »

One response to “Losing Letters”