The Wheel in the Sky

So here we are at the end of July and as the heat wave that’s been assailing Britain comes towards its end so does July’s Pictonaut Challenge. You’d think that 10 months in I’d have gotten the hang of this short story lark. You’d think I’d be cracking this out in the space of an afternoon the day after the month’s challenge starts. You’d think I’d then spend the rest of the month in casual relaxation while spending odd hours here and there honing the text to a razor-sharp point. You would however, be quite fantastically wrong. I’m writing this blog post on the evening of the 30th of July, it’s 8:43 pm and July’s wordascope remains incomplete. I didn’t even start writing it until Saturday evening. I am a terrible sham of a man, a fraud and a man of lies and deceit. But at the end of the day nothing focuses the mind more than blind panic. 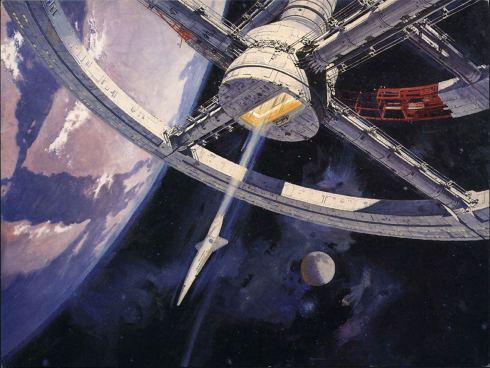 END_OF_DOCUMENT_TOKEN_TO_BE_REPLACED

Today is July 1st 2012 and I am a bit of a mess. I had envisaged a day of wild productivity, of getting things done, of cleaning pans and hoovering floors, of writing reams upon reams of really good words. Such a grand plan was obviously doomed to fail, but today it failed before it even began. My alarm went off at just after 8am this morning, my response to this was to turn it off and roll over for what I initially planned to be for a short and brief five minutes but what rapidly spiralled upwards to a frankly decadent three hours. Those three hours were gloriously restful, but also fantastically surreal. I lived through a terrifyingly vivid science fiction odyssey first fleeing from an oppressive father by disguising myself as a leper. Then I found myself bounding across roads and fields with a faithful dog and massive spring-loaded jumping boots. I broke into a the VIP Hilton terminal of a futuristic interstellar train station, and paid a couple of million credits for a ticket out beyond the Oort cloud to deep, deep space to my destiny as a military trained space assassin. That whole bizarre experience was probably worth the three hours of my life it consumed, even if it is now fading into the realm of forgotten ideas, whole chunks of the experience rendered grey and fuzzy. Up until last night I still hadn’t decided what picture to pick from the mystical Pictonaut stockpile, but after this morning’s whirlwind adventure I decided. It had to be sci-fi.

END_OF_DOCUMENT_TOKEN_TO_BE_REPLACED

Well that about wraps it up for March and with it the end of 2012 quarter 1. How time flies eh? I’m still trying to acclimatise to the “weather” that’s been assailing the country of late. Temperatures are rocketing their way into the low twenties, my face is starting to melt and I’m still suffering from the institutionalised jet-lag of the clocks going forward. Apparently the UK’s heading towards drought and hose-pipe bans again, there’s panic buying in a farcical petrolocalypse, pasties are becoming subject to VAT, a former contestant from Celebrity Big Brother has just been elected to parliament. The very fabric of the country is beginning to tear and rupture as we spiral out control towards oblivion. And all the while the puppet masters of our minority government dance about in their pants quaffing caviare and singing about how great it is to be fabulously wealthy and that the poor should stop complain and do the decent thing and just roll over and die. By and large, things progress onwards much like every other month in recent memory. I suppose I should be thankful for the familiarity, even if it’s less than comforting. On the subject of familiarity it’s the end of the month, another pictonaut wraps up. There’s things to be read. Hop to it.

END_OF_DOCUMENT_TOKEN_TO_BE_REPLACED

So here we are again. The start of another month and time for more wordascope based shenanigans. We find ourselves in March today, a month I generally feel signals the start of Spring. Spring’s all right I suppose. There will however be no pictures based on, nor tangentially related to: bunnies, eggs, flowers or a seemingly all right chap getting nailed to a big tree because some Romans got drunk and thought it’d be “a right laugh”. As most gamers know there are more important things happening this month.

It was quite clear that last month’s picture had quite a heavy fantasy feel to it. I thought it only fair that this month I should swing to the other end of the spectrum and throw out something distinctly more sci-fi in nature. There is also another reason for this. March 6th finally sees the release of Mass Effect 3 a sci-fi computer game which I am rather looking forward to playing. It’s an action-RPG affair with a storyline that has enthralled millions, some folk on the internet have even gone so far as to call it “The most important science-fiction universe of our generation.” Like Skyrim it also involves everything going horribly pear-shaped because of the appearance of a vast, all-powerful, malevolent entity. While Skyrim had dragons, Mass Effect has evil, robotic, space-cuttlefish (and no, I am not joking in the slightest); adventure and heroism of a sort then follow. Needless to say writing will suffer to some extent.

END_OF_DOCUMENT_TOKEN_TO_BE_REPLACED

I’ve been working on my take of Grenade in the Rain for the past few weeks, slowly slugging away until I finally finished it late last night. I had been planning to work on it this weekend, get down and dirty with some proper writing, show the story who’s boss. That plan sort of fell to pieces when I unexpectedly managed to finish it. Not that I’m really complaining mind you. Since there’s still a whole week or so until I plan on posting everyone’s take on the picture I needed something for this week’s post. I was considering rambling on about something for a while but an alternative presented itself on the way to the supermarket this morning. It was one of those dusty grains of an idea that has been floating around in my brain soup for a few weeks, I initially didn’t give it much thought, I hadn’t even made it into my ongoing text files of “ideas to be used at some later date in the future.” As I was walking it began to rapidly crystallise into something I could write about. What had been only a vague concept and a rant became something I could potentially write about. So I got home, had lunch and spent the next four hours teasing it out of its shell and into the cold, harsh, unforgiving light of reality. One thousand, two hundred and forty or so words later and I was done. I’m somewhat shocked that it got finished so quickly, ordinarily I’d have expected something like this to have taken a lot long, but when you’re on a roll you’re on a roll. So without further ado, I give you a tale of all-out interstellar war and boxing. END_OF_DOCUMENT_TOKEN_TO_BE_REPLACED