Somehow April seems to have passed me by in a haze of bank holidays and getting considerably less done than I rightly should. Another month lost to the ages with the grand total of naff all to show for my continuing and ignoble quest to valiantly not die. This month has not been about achievement or meeting goals and targets, it has largely been about subsisting, maintaining the holding pattern that allows me to pay my rent and buy the inordinate amounts of tea I pour into my face in order to dull the horrors of existence. In all honestly, it hasn’t been a terrible month but then again it hasn’t been amazing. it has been a litany of average. And I’m okay with that. Average is acceptable. I can live with average. Average is a month when you’re not stressed out by the minutia of adult life. Average is a quiet weekend on the sofa watching television. Average is something we don’t appreciate enough. The lofty highs and glorious days of our lives are transient and fleeting, but average? Average is here to stay. It’s the average days that ultimately keep us going. And if that’s not enough for you, here are some short stories. 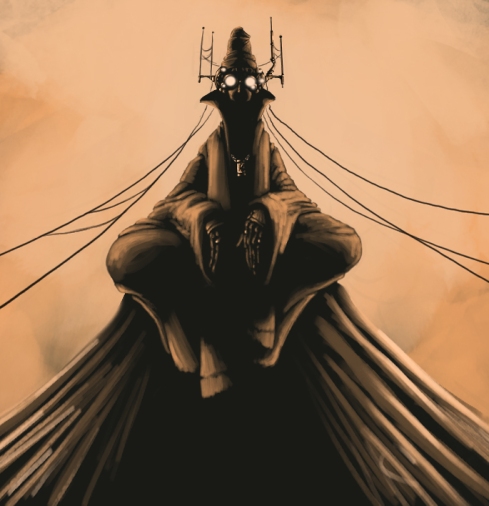 END_OF_DOCUMENT_TOKEN_TO_BE_REPLACED

I sit here in a shattered throne of synthetic leather. The inside of my mouth tastes like something has recently died in it, only to be brought back from beyond the veil that hides that undiscovered country, only to then die again. Judging by taste alone this has probably happened many, many times. I sit here in a shattered throne of grey foam. My hip is still assailed by a strange and nebulous pain that remains undiagnosed, my supply of prescription pain killers has now run out and I contemplating the feasibility of using a plastic ruler to perform an impromptu amputation. So I sit upon my shattered throne. The haunting strains of Mike Oldfield’s Hergest Ridge are the only thing separating me from the deep, syrupy seas of madness. My hayfever has started drawing up some very intricate plans to kill my by drowning me in my own mucus. This all puts paid to my ingenious April Fool’s day plan to pretend to be a robot sent from the future to post poor quality fiction on some dark and forgotten corner of cyberspace. So instead here is a picture of something futuristic and vaguely robot like. It’s called Relay. Beep-boop you bastards, beep-fucking-boop.

END_OF_DOCUMENT_TOKEN_TO_BE_REPLACED

And no sooner than it had begun, April was over. It scarce feels like 30 whole days have passed since this month’s challenge started. It’s all passed by in a haze of work, writing and lounging about in my jim-jams. Spring has finally deigned to grace us with its mercurial presence. It feels like I’ve done nothing but write this month. Or more accurately try to write for hours only to be rewarded with a brief and transient flicker of words for a few fleeting moments. I’ve been snowed under with things to do, but slowly and surely, in the harsh light of spring, they are melting away. Hopefully I can return to a clam and pastoral life for a while, though I doubt it will be long before I’m seized by writer’s fervour and end up committing myself to even more things. But they are problems for another day. Now, to Pictonaut based business…

END_OF_DOCUMENT_TOKEN_TO_BE_REPLACED

This post is arriving after noon so as to avoid the plethora of April Fools related shenanigans and totally not because I popped out to buy milk. The start of April is always a bit silly, hell the entire month is a bit silly. It rolls up declaring “Look! It’s definitely spring now! The weather is going to be so much better now!” And then it promptly tips it down for nearly the entire month. April is a month of lies and absurdity. Last Year I picked a fairly bizarre image for April’s Pictonaut Challenge, so I decided to stay in a similar vein this year. Combine this with the fact that today is one of the UK’s scant few public holidays, that means tomorrow the vast majority of us are back to work. So in keeping with that, and a desire for general absurdity we have Office Warfare.

END_OF_DOCUMENT_TOKEN_TO_BE_REPLACED

So it’s April now. April the first no less. A day many associate with frivolity, humour, japes, shenanigans and tomfoolery but at heart is basically a day about lies. Now I’m a big fan of lies, they’re useful when used properly, they protect, they comfort and they enrich. After all as Elim Garak once said “The truth is usually just an excuse for a lack of imagination.” I gave some thought as to putting together some form of ruse for April Fool’s Day. Something perhaps witty, tongue in cheek, perhaps even something believable. There were issues with such a plan. In order for it to truly be an April Fool it would have to occur suitably before midday, but midday is the time when the blog is usually posted, any such deviance from this routine would draw suspicion the lie would be obvious, flawed, pointless. I would also like to credit what scant readership that I have with some semblance of a discerning mind, an ability to see through such an obvious ruse as an April Fool’s Day prank. So in the end I decided against it. But there is something to be taken from the associated sanguinity. A lot of what I’ve written recently has been frightfully grim and dreadfully dark. Not pieces which exactly inspire a raucous case of the giggles. So this month’s picture will be something quite ridiculous.