The Rogue Verbumancer – June 2014 Them Apples

The sky was a washed out grey with chocolaty undertones; the colour of badly made cocoa that had been left to stand for too long: cold, congealed and more malevolent than it had any right to be. It had been raining for three days. Three days of unrelenting misery. It had soaked through her cloak, it had soaked through her boots, and she was beginning to think that it had soaked through her skin. All afternoon her nostrils had been filled with the smell of dead mud and burning heather, though how anyone was managing to burn it in this weather was anyone’s guess. The thin whisps of sickly smoke and the foreboding sky blurred into one, swaddling the seemingly endless moorland in a blanket of gloom.

The symbols of her office weighed heavy upon her. The dull, black face of the Iron Lion hung around her neck like a millstone, while the thirty-nine inches of finest imperial steel insisted on slapping her legs with every stride, stinging through the wet cloth of her trouse.

Become an Imperial Sheriff they said. Bring justice to the people they said. You can make a real difference they said. The promises of the past did not entirely match up with her current assignment. A “2nd level violation of Imperial Edict 327-B with malicious intent” sounds very serious, almost impressive, something that might actually be worth punishing. Law-speak does that. The sheriff brushed her sodden and matted hair from her eyes. She remembered the conversation with the Duty Captaint before she left.

“Sir…” she had begun “Edict 327-B prohibits the sale of faeries, goblinoids, similar fae, or any parts of thereof, for a profit or fee.”

“Doesn’t matter. The suspect claims to be offering such goods and as such is in breach of Imperial Law. He must therefore be apprehended and brought to trial.”

“No buts. Off you go. The suspect has a two week head-start.”

She remembered how the Duty Captain had smiled. A smile as cold and menacing as the sky which now blighted her journey.

“Yeah, pick on the new girl why don’t you.” The Sheriff hawked a mouthful of rain into the water which pooled on the small, muddy track.

“I’ll show you” she muttered. “I’ll show the whole damn lot of you.”

But despite her resolve, one certainty remained at the forefront of her mind: that Gimbyld, the accused, could not possibly be worth this much trouble.

Night comes quickly on the moors, especially when the weather has conspired to inflict a perpetual twilight on the world. When the Sheriff finally trudged into the village that lay along the road everything had long since slunk into the inky blackness of the evening.

“May as well stop here.” She thought to herself “There’s no way I’m sleeping under a bush for a second night running.

Though there was scant light to see by, it was clear that the village was less than salubrious. A place of grey, stinking mud, over lean-to hovels and rotting wood. A sad, place where no joy or respite was lightly to be found by either its visitors or its inhabitants.

The Sheriff made her way along the street, the mud sucking at her boots as she went. She picked a door at random, there seemed little point looking for an inn, or any point in choosing one hovel over another. She’d get the same response she did everywhere: suspicious looks, curt dismissals and a door slammed in her face. No one likes the law, no one wants a stranger under their roof, especially if they’re a sheriff. People want to be left alone, to remain unobserved, to eke out a life free from interference. People only care for them and theirs.

She gave the door a set of polite, yet firm knocks. The door slowly creaked open in its crooked frame, a short shadow silhouetted in the doorway.

“Oh get inside dearie, you catch your death out there in this weather.”

The shadow interrupted. It stepped forward and took hold of Astrae’s sodden sleeve. As she crossed the threshold, the shadow resolved itself it a tiny, wrinkled old woman, all bundled up in scarves and shawls of coarse knit red wool.

“Don’t get many visitors up here, no we don’t. ‘Specially not strapping young lasses like yersel’ no, no, no. Now sit yersel’ down by the fire and we’ll see about getting you out of them clothes o’yers.”

The old lady slid the pack from Astrae’s shoulders and began to tug off her cloak and boots, her leathers and her trouse. Her fussing and nattering was an unstoppable juggernaut, no matter how many times Astrae tried to twist or interrupt the old woman, she just kept coming. She was relentless. The nattering seemed directed towards no one in particular, her words sounding more like they were intended for the world at large, as if she were narating her own actions (“I’ll just put your boots on the kettle hooks, that should get the worst of the wet out o’them”) Only once did she directly address the sheriff now in her home. The old lady looked straight into Astrae’s eyes, through the tangled strands of her hair.

“Oh you poor thing, it breaks my heart it really does.” She said.

With Astrae undressed the old lady pushed her down onto a little stool by the fire.

“Now you stay there and get toasty and I’ll see about getting you something to eat.”

And with that the old woman bustled her way off into some hidden kitchen or pantry to rummage out some mouldy bread or stale cheese or green ham and left Astrae alone by the dancing light of the fire. And that was that, no questions, no funny looks, just a warm hearth and the promise of food. The old Lady hadn’t even asked to see Astrae’s warrants of office which still sat snuggly in wax paper and rolled up in a little ivory tube on her belt. Was this what hospitality felt like? She scanned the room around her, the fire was small and weak, the furnishings were old and broken; it was a meagre kingdom of dust and decay. Why was this old woman, who had so little, willing to offer so much of it to a stranger at her door?

The old lady tottered back into the room clutching a petrified loaf of bread in one hand, a fat grey sausage in the other, and a bundle of moth-eaten blankets under her arm.

“Here you go love.” she said handing her cargo to Astrae. “Now you tuck into that and curl up by the fire. Get some kip and I’ll see you in the morning.”

So Astrae tucked into her tiny little feast and snuggled into the folds of the tattered blankets she’d been given. As the shadows and the flames danced across the walls, and the pitter-patter of rain drifted down from the cobwebbed rafters, Astrae, proud Imperial Sheriff, one of the mighty hands of justice, drifted off to sleep in the solace and sanctuary of a hovel on the heath.

Astrae woke just as the light of dawn was beginning to filter through the cracks in the hovel’s shutters. She gathered up her clothes and dressed as quickly as she could, delighting in the novelty of dry cloth and leather against her skin. From her purse she took a fat, silver half-ducat and left it on the table. Astrae picked up her pack and crept out the door, not wanting to wake the old woman who had been her host. As she stepped out onto the porch Astrae saw the sky. No longer was it the endless and oppressive grey of rain and cloud, now it was a great expanse of clear and perfect azure which stretched from horizon to horizon.

As Astrae shouldered her pack and stepped out into the street she heard footsteps behind her. Turning, she saw the old lady on the porch.

“I thought I heard you up and about. I thought you’d be an early riser an’ be wanting to be off proper an’ sharp when morning came. I brought you these, for the road.”

The old woman held two fistfuls of red apples and offered them up to Astrae. The sheriff took them and placed all but one into her bag.

“Aw think nothin’ of it dearie. Now you look after yersel’ you hear? You young-uns always forget to.”

And with that Astrae set off on her journey, leaving the old woman and the dilapidated little village behind. Once she was out onto the road Astrae looked at the apple she still held in her hand. The skin was wrinkled, looking like old perished leather and the flesh of the fruit yielded beneath her fingers like old sponge. She bit into the apple expecting it to taste of dust, rot and old boots, but instead her mouth was filled with a moist crunch and a pleasing tart sweetness. It was a surprisingly good apple.

“Much like that old woman I suppose” Astrae mused.

She gazed out over the moorland and the fresh, green hills that lay before her. With the change in the weather and the generosity of a poor, elderly woman, Astrae had a feeling welling up inside her.

“Perhaps today won’t be so bad.” She thought. 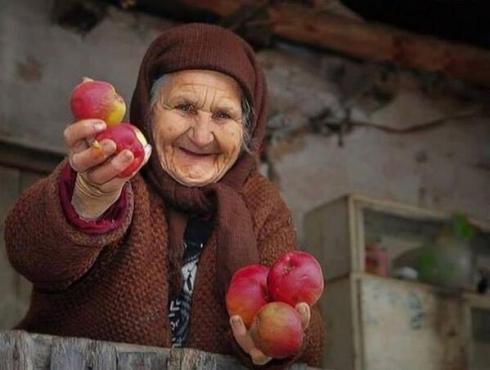