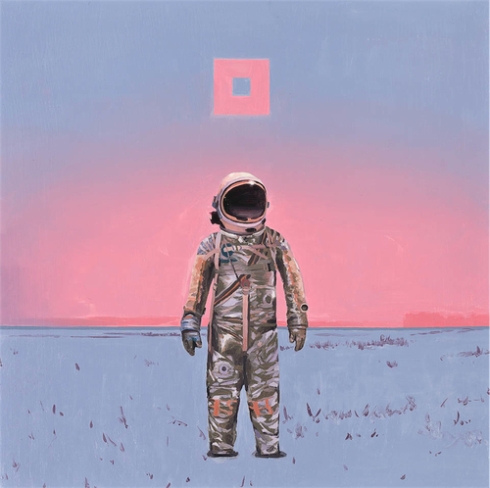 The picture that I’ve chosen for this month’s Pictonaut Challenge is the work of artist Scott Listfield, whose work primarily focuses around that astronaut chappy in a variety of urban and pop-culture soaked environs. With an astronaut featuring so prominently in the image there is a fairly obvious sci-fi flavouring to this month’s challenge, but that is only an obvious potential, subversion is encouraged.

The Rogue Verbumancer – Glory to the Quadrumvirate

Brunhilda von Tonksington-Smythe – The painting had always haunted her