Jim was a wreck. What had initially appeared to be no more than a small fishing trawler in slightly choppy waters had actually turned out to be a gross misinterpretation of available data. It was upon reflection and more detailed analysis: a supertanker being lashed by a typhoon and heading directly for some particularly nasty looking rocks. Suffice to say, it had all gone a bit Exxon Valdez. Somewhere in the region of forty million litres of the finest, unrefined, black panic was spilling out into the ocean of Jim’s mind. The sea-birds of reason were drowning; the fish of logic were poisoned, floating belly up; the seals of self-confidence had retreated right up the beach and were resolutely staying the fuck away. It was the kind of situation where you broke out all the big, bold capital letters: it was BAD.

As a result, for the last half an hour Jim had been restlessly pacing up and down the office kitchenette; a tiny white space that consisted of nothing more than a sink, a kettle, some cupboards and on very rare days, a working microwave. This was not one of those days. It was in this state of rapidly rising panic that Kate found him, along with a myriad of clichés: the mutterings, the unbuttoned collar, loose tie, the unruly hair and a suit whose sharp lines and creases had more or less dissolved into ripples and sags of failure and despair.

Kate stood by the door to the kitchenette, arms folded with a delicate glass cup dangling from one of her fingers.

Kate sashayed her way towards the kettle, with short, sharp motions of practised precision she made herself a cup of strong, green tea. She blew away the rising steam and sipped at her tea, letting out a satisfied, but dignified sigh. 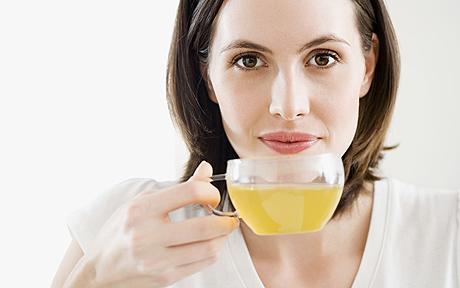 “Right, tell me everything” said Kate.

“It’s the presentation.” Replied Jim holding his head in his hands and tearing at his hair.

“I thought that wasn’t for another fortnight?” asked Kate, taking another sip of tea.

“It was, but someone decided to reschedule it to this afternoon.” Jim gulped “Because Tom’s here.”

“Tom…” began Kate “As in the Tom. The august and terrifying big man himself?”

“Fuck…” muttered Kate “Did Quentin do this?”

The source of Quentin’s hatred of Jim began five years ago. Quentin had been giving a presentation in front of the entire department and most of the senior management. It had been Quentin’s “big moment” and Jim had “ruined it” by having the temerity to point out a rather glaring flaw. This perceived slight had eaten away at Quentin and he had vowed revenge. This had been fine when he had been just an assistant on one of the local sales accounts. But now? Now Quentin was an up and coming market executive, high-powered and destined for the top. And worst of all he didn’t care how he got there, he was willing to build a stairway to heaven out of the broken bodies of his friends, enemies or just anyone who got in the way. Today was the day he finally brought down the hammer on Jim.

Kate finished her cup of tea and gently place her cup onto the counter-top.

“You’ve got to pull yourself together Jim” she said raising herself onto the counter and taking a seat, legs dangling in the air.

“Well okay then, I suppose you’ll just have to let Quentin to win won’t you?”

“Of course not!” Jim sounded indignant.

“Then you’ve got to sort yourself out.” Began Kate. “This isn’t just about a presentation any more. This right here…” she tapped her finger on the bench-top “…is personal. You’ve got to face that bastard down.”

“But I’m going to be on his turf, right slap-bang in the middle of his spidery little web”

“So? Take the fight to him. He’s not going to expect you to come in all guns blazing is he? He’s going to think he’s got you rattled. Just thing of all the times he’s tried to screw you over. Use that anger. You’ve got to be fierce.”

Jim was starting to calm down, taking deep, cleansing breaths.

“And most importantly of all: you’ve got to stop giving a shit. The consequences can go hang!”

Jim rubbed at his neck, then flexed it to the left and then to the right, vertebrae cracked.

“This is war.” He muttered

He looked at Kate with his best steely eyed gaze and a half-hearted snarl, bearing his teeth.

“I said show me your war face!” 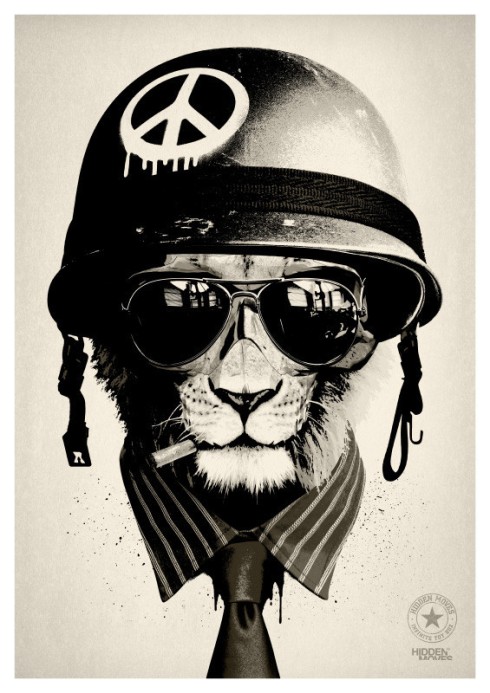 Nothing happened at first, Jim’s face took on an air of placid serenity, a calm intensity. He fixed Kate with a stare. Then things started to change. The air started to grow thick and heavy, the humidity began to weigh down on Kate’s skin. The light changed. The bright white of the strip lamps began a dim and dappled yellow, like a sunset beneath the trees. The heavy and sodden air began to smell of earth and slightly rotting vegetation. But underneath that there were other, sharper smells that cloyed at the throat: the smell of cordite and the faint petrolic scent of napalm. The world took on a sepia tone. Sound became muted and muffled. Somewhere off in the distance came the slow, staccato sound of machine gun fire punctuated by a bellow-bass scream that seemed to stretch out into eternity.

Jim was no longer as he had been. The unruly mop of hair was now lost beneath a pot helmet of green steel; bloodshot eyes lost beneath the black glass of large sunglasses; a dying cigarette hung from the corner of his mouth. The shape of his face took on the appearance of something feral and feline, something that was hungry, callous and cruel in only away that the basest manifestations of nature can be; the kind of look that turns bowels to water and skin to ice. It was a look that said “You are nothing to me, but I’m still going to destroy you anyway. Just because you’re there.”

And just as quickly as it had appeared, it was gone. Dissipating back into the threads of the world. It faded out of reality and leaked away, leaving Kate and Jim in the white melamine coated chipboard world of the kitchenette. Kate hopped down off the bench top. She moved up Jim and carefully tightened and straightened his tie.