The Pictonaut Challenge has now been going for three hundred and sixty-seven days. It all began back on August 3oth 2011 with This Blog Needs You my plaintive cry to the faceless multitudes of the internet to join me in writing some fiction, once a month, every month; till the earth’s seas do boil away and the realm of man turn unto dust; until every star in the night sky winks out and the void finally grows cold and still; until the mere memory of words is all that remains; until I get bored and finally give up. But as of yet I haven’t given up, nor have I been alone in my endeavours. Every month at least one poor sap has joined me in my writing, sometimes more than that, but I have never soldiered on alone. I’d like to take the time to thank all of those who joined in and cranking out a wordascope wretched or otherwise, but most importantly of all I would like the thank my own stubbornness for forcing me to keep going. I’m a year down the line and I now have some twelve thousand odd words. Twelve thousand odd words which I wouldn’t have had if I hadn’t started this whole mad idea. Sure it’s no 12 books in 12 months, but it’s a damn side better than having written nothing at all. Add to this NaNoWriMo and all of the blog posts I’ve pumped out and I’d estimate that in the year since I started this project I’ve written 111,000 words. Now that’s almost respectable. 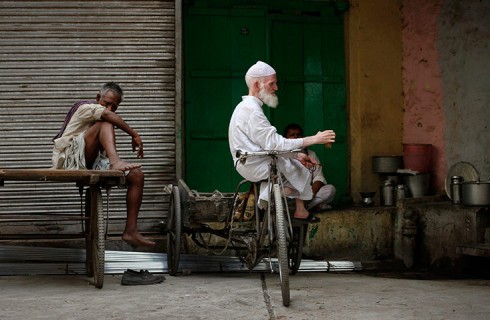 I’m not sure how well I’ve succeeded with my attempts at something resembling literary fiction. I tried to inject some heavy symbolism into the piece, an attempt to capture that heavy “commentary on the nature of humanity” vibe that seems to pop up all over the place in what a lot of people think of as “proper fiction.” Not that I agree with these people, fiction is fiction, literary or otherwise, but I thought I’d give it a shot. There will be no prizes for the correct identification of the symbols or their meanings, they’re not exactly subtle. The last few lines I have to credit to some of my friends on the twitter.

James Clayton – A Cup of Tea, or Riding the Bicycle to Brahma While Bearing the Discomfort of Old White Skin

A chemistry graduate consumed by the demons of apathy and disinterest. Likes tea and cheese. Sleeps less than he should. END_OF_DOCUMENT_TOKEN_TO_BE_REPLACED
This entry was posted on Friday, August 31st, 2012 at 12:00 pm and tagged with A Man Drinks Tea, August, Pictonaut Challenge, Pictonauts, Short stories, Symbolism and posted in Pictonauts, Writing. You can follow any responses to this entry through the RSS 2.0 feed.
« The Last Hurrah – Tales From The Fringe
September’s Pictonaut Challenge »